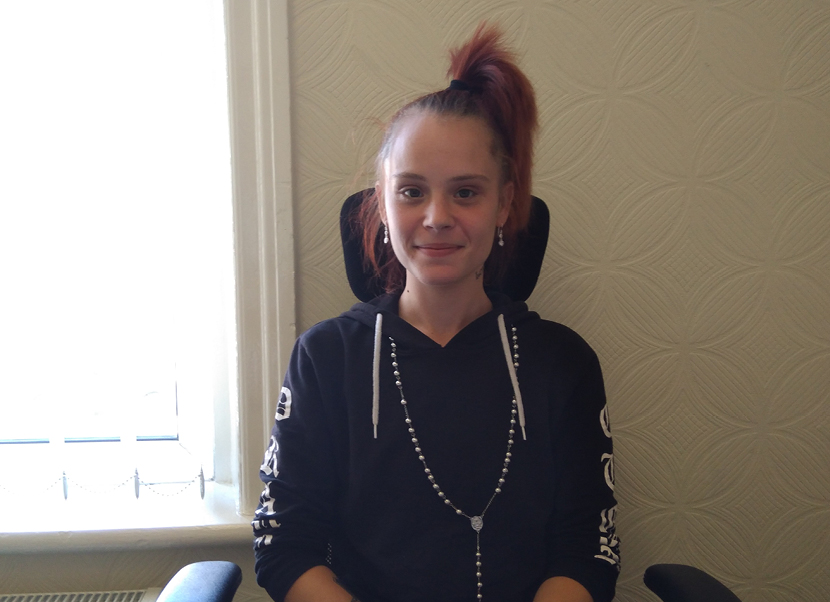 A unique and inspirational person, Kelly has defied all odds and survived a harrowing ordeal. She is now on the road to recovery and has aspirations of becoming a painter and decorator and fulfilling her dream of one day becoming a mum.

Kelly was just 2 months of age when she was adopted. Originally from Accrington she later moved to Blackpool when she was a teenager with her adopted family. Life for Kelly was difficult and from an early age she was subjected to multiple incidents of abuse that over time took their toll and resulted in her turning to drugs to help her deal with her situation. At just 12 years old she ran away from home to live on the streets.

Living on the streets was tough and dangerous. Kelly explains “A 20p hotel is a toilet where I slept most nights to avoid the terrors of sleeping on the street”. During this time her sibling would meet with her weekly to ensure that she had enough 20ps to get her through the week whilst buying her the occasional bag of chips to help her survive.

So how did Kelly end up with The Ashley Foundation?

Kelly first moved in to Oak House in January 2011 and stayed for a period of just 25 days thereafter she returned to her then abusive partner, the partner who had caused Kelly to miscarry her unborn child weeks before. The relationship didn’t last long and Kelly re-joined The Ashley Foundation later on that year in March but staying only through to July.

Kelly’s tendency to lash out resulted in her being evicted then and on a few further occasions thereafter. During this time Kelly was battling substance abuse and was assigned a drug worker. Months passed with Kelly leaving and returning to The Ashley Foundation but, unfortunately, her abusive nature led to her being evicted on a number of occasions.

All the while even when Kelly wasn’t staying with The Ashley Foundation in one of their hostels she was never far away from the support workers and continued to maintain a relationship with them throughout this time.

In May 2013 she found the courage to beat the drugs and returned to The Ashley Foundation where she embarked on a rehabilitation course that was arranged by her drug worker. Kelly was subsequently sent to a Detox Clinic in Wales where she had the opportunity to beat her drug addiction. After completing the gruelling 3-week course Kelly emerged a new person, drug free and ready to make a new start.

In February 2015 and at 22 years old Kelly moved into one of The Ashley Foundations supported flats but despite the support Kelly had received she still struggled to adjust and cope with real life and returned to the hostel for a few months. After this time, she then moved in to independent living in a flat provided by a local housing association. Kelly describes this as a strange experience, having spent so long on the streets and under the influence of drugs, she says it was odd to be given independence and a roof over her head. Kelly struggled to understand this way of life originally as it felt so unnatural to her.

Now at 25 Kelly is thrilled to have remained living independently in her own flat alongside the continued support of the team at The Ashley Foundation. Kelly has a passion for painting and decorating and hopes to progress a career in this industry. She’s currently working as a volunteer in this field and enjoys the calmness that she feels from painting. Kelly has aspirations for the future and one day hopes to find that perfect man to start a family of her own.

Kelly describes her experience as “Challenging, I didn’t understand why other people could lead normal lives and I couldn’t. I was jealous of other people having what I considered the perfect family. Life has been hard, but I’m extremely proud of what I’ve achieved and I’m excited about the future”.

Denise Boehme, Support Services Manager at The Ashley Foundation said, ‘Kelly has had to deal with so much from such a young age, she is an amazingly strong and independent woman who has overcome a terrible start in life. It’s so good to see Kelly doing well and looking towards her future, The Ashley Foundation are incredibly proud of what she has achieved”.