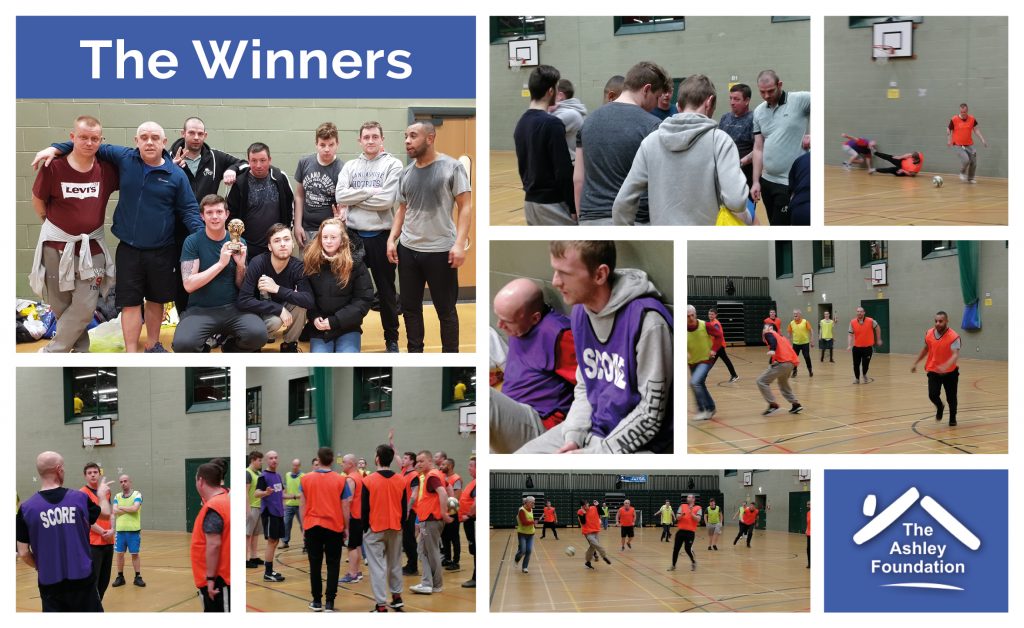 It’s official Elm House won our inter-hostel football cup tournament this month. Even more unfortunately they managed it quite easily in the end too. A worthy win!

This month’s tournament, was more popular than the last, (I reckon there were nearly 30-people who turned out to play). I’ve no detailed report on each resident’s performance this time instead I shall simply report on those noticeable for the best of reasons and, for a few (well one) not so many good reasons.

Due to high turnout, our usual hour-long single game of football, whereby we tend to mix-up the residents to ensure a balanced game, was superseded. This time each hostel had its own team and played against each of the other hostels. Hence, three matches of 20-minutes each with each hostel playing a total of 40-minutes across their respective two games.

By way of summary and in order of games played:

Post-match the trophy was presented to the Elm Captain and photos were taken of the winning team as well as a more general photo of all the attendees across the hostels.

A tricky one this time, mainly because of my dementia I think.

Two more top quality shirts provided by Vic.  One Liverpool away shirt and a top-of-the-range Manchester United away top – yes, the pink one they had on against PSG.

After much thought (not really) awarded to K from Elm (wisely chose the Man United shirt) and S from Elm (left with the Liverpool shirt when he is actually a West Ham fan).

Thanks Vic (Duty Supervisor) – much appreciated once again.

Thanks to everyone who took the time to come and join us, onwards and upwards to the next game!