Exploring the link between Mental Health and Homelessness 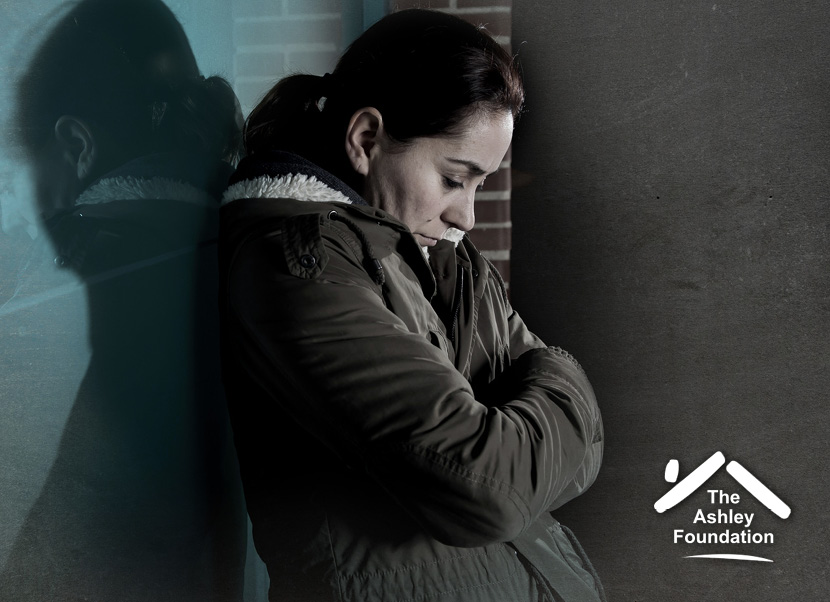 The subject of a person’s mental health in today’s society is one of concern and worry, all too often we are faced with stories in the media of tragic outcomes. So, it’s no wonder that there is growing recognition and awareness surrounding this subject.

However, it’s great to see that people are also becoming more educated and aware of the signs to look out for; on how to ask for help; how to offer help and why looking after mental health is important. Nowadays there are numerous support networks who offer help to promote better mental health too.

At The Ashley Foundation we have seen first-hand the relationship between mental ill health and homelessness. This is how we know that having empathy towards those struggling is vital, and to have empathy, we need to first start with understanding.

Cognitive and behavioural issues that are concurrent with poor mental health may make it difficult for individuals to sustain involvement in activities which promote their ability to attain stable housing or to obtain a steady income. There can often be a correlation between mental illness and homelessness, with the link being two-way: mental ill health can result in homelessness, but at the same time someone could start to see symptoms of mental ill health due to situations they find themselves in, which overtime could result in them losing their home and eventually becoming homeless.

Simultaneously, each individual circumstance is different and it is not a dependent relationship: we are not here to claim that everyone who’s homeless has mental health issues, as often there will be no correlation between the two. However, in a Nationwide report by Futurity , it was estimated that 25 percent of the homeless population suffer from a severe mental illness. It is frightening to think that someone trying to balance mental health conditions may also have the prospect of homelessness troubling them to.

What we do know is that there are many reasons why people with mental ill health may find themselves in a situation where they are without permanent accommodation. This can include the following factors;

The problems individuals face if they are suffering with poor mental health could lead to a deterioration in relations between family and friends – for example, individuals may feel unable to communicate with those around them effectively. In severe cases, this could lead to relationships becoming so bad that the individual suffering with mental ill health are asked to leave by the people they are living with, or they may not be able to see another way out, so feel forced to remove themselves from social situations and therefore may decide to leave their home.

Everybody has different coping mechanisms to help them through hard times. People with mental ill health can go through especially tough times. In the best situations, individuals will seek and be offered the help they need, however this is not always the case, for many reasons, and is not for us to judge. Unfortunately, sometimes, escape is often found through alcohol and substance abuse. According to a Government publication, the most common health problems found amid homeless individuals are substance misuse (62.5%), mental health problems (53.7%) or a combination of the two. Leading to homelessness, addictions can sometimes lead to losing employment too, but also dependency can see a large amount of money being spent on drugs and alcohol instead of being managed effectively to pay rent and bills.

Poor mental health can affect an individual’s behaviour, and in the work place people may have limitations on productivity issues that affect their ability to stay focussed. Someone with mental ill health may even struggle to get to work on a daily basis, as mental health conditions such as depression and anxiety can make even the ‘simplest’ day to day tasks, such as getting out of bed, very difficult. This could devastatingly lead to an individual losing their job. Often, due to many factors such as little education on the matter, employers can be less understanding of mental health issues in the workplace, therefore making it harder for individuals to carry on working.  In an article by Open Access Government “Of the 5 million people being signed off from work every year, data from NHS showed an alarming 31% are taking time out due to mental health”. With no income, people may find themselves in a position where they are unable to pay the bills, and may become homeless. In a new report commissioned by Theresa May, it found that a staggering 300,000 people with long-term mental health problems lose their jobs every year.

Without stable housing and a permanent address, it may be harder for people to access the help they need. Daily tasks such as making their way to GP surgeries or having interactions with people who can provide help and support become difficult and as a result people become stuck in a rut and unable to get better. Feeling trapped, they then believe that this is the only option they have. This can then have a detrimental effect on other areas of a person’s life which eventually can lead to homelessness.

We also know that access to mental health support is becoming increasingly difficult. In a report by The Guardian, “A quarter of 500 patients, who were drawn from across the UK, waited more than three months to see an NHS mental health specialist. Six per cent had waited at least a year.”

As you can see the lack of a safe and stable environment to call home can lead to the development of mental health problems, or could even make pre-existent mental health issues worse. That’s why we must continue to work together to remove the stigma of mental health. It is this stigma that causes people to feel ashamed for something that is out of their control. Worst of all it stops people from seeking the help they need. Together we can help to improve a person’s mental health well before it takes over and leads them into a life of depression, despair and even homelessness.

If you would like to find out more about the work of The Ashley Foundation or how you can help to support vulnerable people to build a sustainable and progressive future, visit our website https://theashleyfoundation.org.uk/  or follow us on Facebook @AshleyFoundationBlackpool or Twitter @TAFBlackpool

Department for Communities and Local Government